The Caribbean is not noted for its tolerance of LGBT rights, but as Trinidad debates a proposed new constitution, a Catholic priest has caught national attention for speaking up in favour of building LGBT protections into its Chapter on Human Rights: 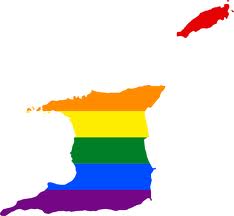 ‘They should have rights as other people have’

A Catholic priest has come out in support of the gay community, saying their rights, including the right to love whomever they want, should be included in the Constitution.

Dr Fr Stephen Geofroy captured the attention of the audience with his comments during consultation on the draft Constitution at the University of the West Indies Sport and Physical Education Centre, St Augustine, on Monday evening.

Geofroy said the matter should not be debated further and instead Government should be embracing of all its people.

“Now on the issue of sexual orientation being subject to further national discussion…discussion about what? Aren’t LGBT (Lesbian, Gay, Bisexual and Transgender), aren’t they not humans still, yes or no?” said Geofroy.

“Yes? Then they should have rights as other people have,” he continued as he received loud applause from the packed hall.

Geofroy said there was no debate on whether gays are people or not as they have expressed themselves clearly that they are part and parcel of this country’s culture.

“We’ve come over a long history of slavery and indentureship and now it is time to break the many things that denigrate the person,” said Geofroy.

“This is certainly one of the things we have to do and we have to be very decisive of it.”

Geofroy said there has been discrimination on the basis of race, colour and class in this country.

“…I don’t see the difference with sexual orientation. We are citizens of a country and people have the right to love who they want irrespective,” said Geofroy .

He said to continue discussing the issue at a national level without taking a decision was to go the way of other countries such as Nigeria and Uganda as part of a political agenda.

“I think we should avoid that like the plague,” he said.

Geofroy said the rights of a minority should not be suffered because of the majority as the bill of rights speaks to upholding the dignity of all.

“We do not belong to a theocracy, neither are we in a religious oligarchy where people impose their beliefs on others,” said Geofroy.

“Then all of these things should be looked at and in my tradition I would say first, they are all sins so I think we have to be very careful on human rights and our rights to our own belief but not the right to impose it on the rest of the population,” he said.