A Jesuit production company is highlighting the experiences of LGBT Catholics in a YouTube series called Who Are We to Judge?, a reference Pope Francis’s response when asked about gay priests last summer. 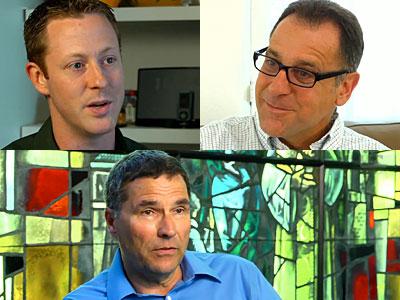 “We didn’t want to get into church teaching, and dogma, and doctrine,” said Siebert. “We just wanted to talk to faithful people who are gay and ask them to tell their stories.”

He explained that the staff at Loyola Productions, which runs the YouTube channel Ignatius News Network where the videos are posted, came up with the idea to create the series:

“We asked, ‘What can we do to highlight this issue in terms of being Catholic and being gay, and what this means for people?’”

Though some conservative Catholic groups have criticized the project, Siebert said the response has been overwhelmingly positive.