Former Jesuit, theologian, psychotherapist and author John McNeill (The Church and the Homosexual, Freedom, Glorious Freedom, Both Feet Firmly Planted in Midair, Taking a Chance on God and Sex as God Intended) has written an angry open letter to the U.S. bishops. He begins by slamming the bishops for ignoring the call to dialogue made by Dignity 30 years ago, and continues by lamenting “the enormous destruction recent Vatican documents have caused in the psychic life of young Catholic gays, and of the violence they will provoke against all gay people.”Gay Catholics, he says, have had “Enough!” With repeated cries of “Enough! Enough of …….” opening each section, his declaration rises in power and anger to its climax. .
To me, the most interesting feature is not the anger or the arguments: these are all too familiar. But at the end of the letter he claims to be sensing a “Kairos moment” – a time ripe for significant change. The last time heard such a claim from churchmen was back in South Africa, in what seemed to the rest of us the darkest days of apartheid. I think it was within just a year or two that aprtheid had been officially disowned, Mandela had been released, and the new democracy was firmly on its way.
Is McNeill right? The point of a Kairos moment is not just to sit back and wait for things to happen – it is a time of potential only. To achieve the realisation of this moment, we need to grasp the opportunity, and force the change that is coming. 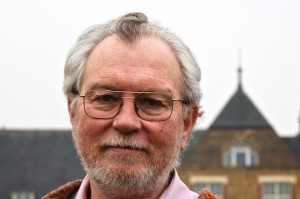 The Church and the Homosexual

Taking a Chance on God: Liberating Theology for Gays, Lesbians, and Their Lovers, Families, and Friends

Undergoing God: Dispatches from the Scene of a Break-in
Broken Hearts and New Creations: Intimations of a Great Reversal