In a wide – ranging interview with Macleans magazine, Wills explained why he was enthusiastic about the change in style being introduced by Pope Francis, and why these will in time become entrenched as permanent features of the Church. Francis’ willingness to stimulate debate and tolerate disagreements, he says, are a sign of his strength. He contrasts this with Pius IX, whose proclamation of papal infallibility he sees as a sign of weakness, not of strength. END_OF_DOCUMENT_TOKEN_TO_BE_REPLACED In the entire proposed final “Relatio” of the synod, only one paragraph dealt specifically with homosexual people – and narrowly failed to secure the two thirds majority support required for approval. The pastoral care of people of homosexual orientation

55 Some families live the experience of having within them people of homosexual orientation. In this regard, we have questioned with regard to pastoral care what is appropriate to deal with this situation by referring to what the Church teaches: “There are absolutely no grounds for considering homosexual unions to be in any way similar or even remotely analogous to God’s plan for marriage and family”  Nevertheless, men and women with homosexual tendencies must be accepted with respect and sensitivity. “In this regard there should be avoided every sign of unjust discrimination”

There are two parts to this, dealing in turn with gay marriage, and with the need for respect. Both are established principles, deeply embedded in Vatican teaching. The section on gay marriage is found in paragraph 4 of the 2003 CDF “Considerations regarding proposals to give legal recognition to unions between homosexual persons“, the words about respect and sensitivity are found in both the Catechism and the CDF 1986 “Letter to the Bishops on the Pastoral Care of Homosexual Persons”. There’s clearly nothing new in either of these. As established teaching, the paragraph should surely have deserved unanimous support, but could not muster even two thirds. Why not? END_OF_DOCUMENT_TOKEN_TO_BE_REPLACED

END_OF_DOCUMENT_TOKEN_TO_BE_REPLACED

Consider the following Catholic views on sex and marriage:

All of this is familiar, and unremarkable – except for the source. Similar statements have been familiar to ordinary Catholics from formal opinion surveys, and from anecdotal evidence in discussion with parish peers, for years. Among lay Catholics, this is routine. But these statements do not come from secular opinion polling, or from any progressive group of church reformers, but from the German bishops themselves, as they have digested their results from the global survey on marriage and family. (Reported by Reuters, “German Bishops Tell Vatican: Catholics Reject Sex Rules“)

The Extraordinary Synod on Marriage and the Family, which will be taking place later this year, was never intended to produce doctrinal change. Many events, however, have unintended consequences. Pope Francis’ revolution in the Catholic Church has often been compared to Vatican II, but at the outset, nobody really expected the extent of the transformation it achieved. The synod will not directly produce any change in doctrine, but it is being preceded by an extensive global consultation on how the Church as a whole understands and accepts those doctrines. If anyone really doubts that the conference will not be forced at least to consider the urgent need for doctrinal change, they should pay close attention to the many reports now emerging on the responses to that consultation – and especially to the responses of the experts, the professional moral theologians. National Catholic Reporter has some commentary on responses from some German theologians:

Two groups of noted German theologians have bluntly outlined how church teaching does not align with the concerns or lifestyles of most European Catholics in response to a Vatican questionnaire on Catholics’ attitudes on issues like contraception and same-sex marriage.

Church sexual teachings, say the representatives of the Association of German Moral Theologians and the Conference of German-speaking Pastoral Theologians, come from an “idealized reality” and need a “fundamental, new evaluation.”

“It becomes painfully obvious that the Christian moral teaching that limits sexuality to the context of marriage cannot look closely enough at the many forms of sexuality outside of marriage,” say the 17 signers of the response, who include some of Germany’s most respected Catholic academics.

The theologians also propose that the church adopt a whole new paradigm for its sexual teachings, based not on moral evaluations of individual sex acts but on the fragility of marriage and the vulnerability people experience in their sexuality.

The theologians are responding to a Vatican request last October that bishops worldwide prepare for a 2014 global meeting of Catholic prelates by distributing a questionnaire on family topics “as widely as possible to deaneries and parishes so that input from local sources can be received.”

At Bilgrimage, Bill Lindsey reflects on the German theologians’ response to the global consultation, in preparation for the Extraordinary Synod on Marriage and the Family 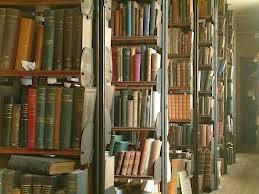 What strikes me as I read the statement is that it depends on a distinction that Catholic moral theologians (and Catholic theologians in general) have been making for a long time now: the magisterium offers Catholics an “idealized” understanding of human sexuality that does not take into account the experience of lay Catholics to whom this idealized teaching is handed down. Magisterial teaching on sexual ethics is very conspicuously not “received” by lay Catholics–particularly, as the document points out, regarding the issue of contraception.

The gap between the idealized, acts-centered, non-experience-based sexual ethical teaching handed down by the magisterium and the experience-based understanding of human sexuality lived by lay Catholics in their lives of graced discipleship continues to grow (see: issue of same-sex marriage), and the gap is becoming insupportable.

The German theologians call for an understanding of sexual ethics that continues to enshrine the ideals to which magisterial teaching points, but corrects the idealized, acts-centered, non-experience-based teaching of the magisterium by incorporating dimensions of care (a “pallial” dimension), emancipation, and reflectivity: