A few years ago, Cardinal Christoph Schonborn hit the headlines, saying that at a time when so many people are not bothering to get married,  the Church should reconsider its approach to divorced people who do want to remarry. At the same time, he said that it was time to shift the emphasis, in responding to gay couples, from an obsession with genital acts, to consideration of the quality of the relationships. On both counts, he was ahead of the pack – and remains so. Speaking about the response of Austrican Catholics to the global survey in preparation for the synod, he has now said that the Church must adjust to the reality of co-habitation, divorce and remarriage, To which LGBT Catholics would add, and to the reality of same – sex couples – and if the “Church” should adapt, then so too should Catholic schools. 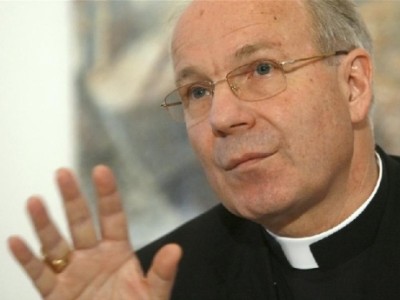 In interviews on the eve of his departure for the Austrian bishops’ ad limina visit in Rome, Cardinal Christoph Schönborn said he was certain that under Pope Francis the Church would find new ways of incorporating remarried divorcees in the life of the Church.

“This Pope speaks so much about mercy, that I’m sure that a new way of coping with failure will be found,” Cardinal Schönborn said.

“One thing is clear: the Church must pay far greater attention to those whose marriages fail and must reach out to them. No one must get the feeling that their life in the Catholic community has come to an end because their marriage has failed,” the cardinal said.

Ninety-five per cent of Austrians who had filled in the Vatican questionnaire on the family were in favour of allowing remarried divorcees to receive the sacraments, Cardinal Schönborn said, adding that the Austrian bishops would be handing over the questionnaire results in Rome.

The Church must adopt a more rational, down-to-earth approach as far as the reality of life was concerned, the cardinal warned.

“We in the Church tacitly live with the fact that the majority of young people, including those who have close ties to the Church, quite naturally live together.

via The Tablet – News.

One thought on “Church must adjust to reality of co-habitation, divorce and remarriage, says cardinal”