When UK courts refused to permit a Christian counsellor to describe her work to convert gays as “therapy”, there were howls of protest from some quarters. But we know that both here and in the USA, even some of the most ardent practitioners and groups involved in so – called conversion therapy have come to accept that it’s a misnomer. It does not work, genuine “ex – gays” simply do not exist – and mental health professionals have found that such attempts can be profoundly damaging.

California and New Jersey have banned the practice, Maryland is preparing to do the same. The British parliament also may be doing something similar, so it is no surprise, but certainly welcome. that the leading British group of Christian counsellors have agreed to ban the practice themselves, without waiting for government to act. 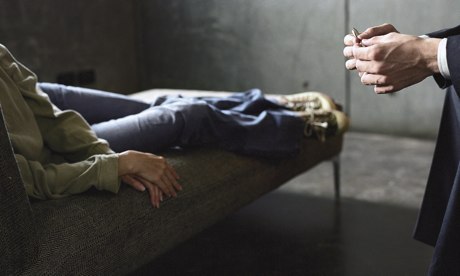 Britain’s leading body for Christian therapists has instructed its members to stop trying to turn gay patients straight using so-called “conversion therapy”. The Association of Christian Counsellors (ACC) said the practice should be stopped “in the interests of public safety”, but the move has prompted a furious response from proponents of talking “cures” for homosexuality who have promised to fight for what they see as the right to therapy of anyone distressed by “unwanted same sex attraction”. The controversial practice seeks to unearth childhood traumas, which are considered by conversion therapists to have caused homosexuality. Sexual abuse, bullying and having an overbearing mother or distant father are among the supposed triggers. Research by the US clinical psychologists Ariel Shidlo and Michael Schroeder has shown such treatment routinely led to worsened mental health, self-harm, thoughts of suicide and suicide attempts. The decision by the ACC to speak out against the practice follows similar statements in the last two years by the British Association for Counselling and Psychotherapy, the UK Council for Psychotherapy and the Royal College of Psychiatrists and the Department of Health.

– continue reading at  The Guardian.

Predictably, some Christians are again outraged, claiming that this is discriminating against their Christian faith (ignoring the fact that it was imposed by the most respected body of professional Christian counsellors). It is not remotely discriminating against Christianity, but against misleading advertising. If they want to convert their clients to thinking and behaving in a way which that conforms with their religious beliefs, they remain free to do so, but should call it what it is – religious counselling, not therapy.