In what could be good news for LGBT Catholics, Archbishop Vincent Nichols of Westminster has been appointed to the Congregation for Bishops, where he will be in a strong position to influence the appointments of future bishops of the Church.

(This is “good news”, because Nichols response to marriage equality in the UK has been notably more restrained than that of many other bishops, including a statement that there “could be value” in legal provision for civil unions). 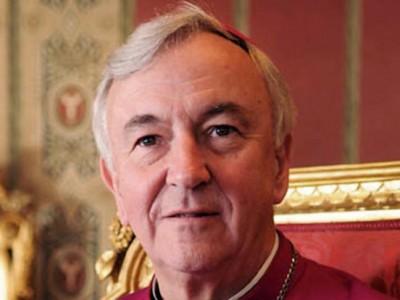 Pope Francis today appointed the Archbishop of Westminster to the Vatican’s bishop-making body.

Archbishop Vincent Nichols will take up a post as a member of the Congregation for Bishops which plays a crucial part appointing leaders to dioceses across the vast majority of the world. He will attend the regular meetings of dicastery when they discuss appointments to dioceses including those in England and Wales.

Currently there are four English dioceses in need of new bishops, with the number rising to five when the Bishop of Salford, Terence Brain, turns 75 on Thursday. Archbishop Nichols’ predecessor, Cardinal Cormac Murphy-O’Connor, was appointed a member of the department after his retirement as archbishop in 2009, and he stayed on as a member of the congregation until he reached 80 in August 2012.

The Congregation for Bishops discusses the suitablity of candidates to lead a diocese submitted to them by a country’s apostolic nuncio. Their decision is then sent to the Pope for final approval.

via The Tablet – News.