A favourite argument used by the religious right against homoerotic relationships, and by the Vatican theologians against any form of sexual expression outside of marriage and not open to making babies, is that such sexual activities are “against nature”, and that the “purpose” of sex is procreation. 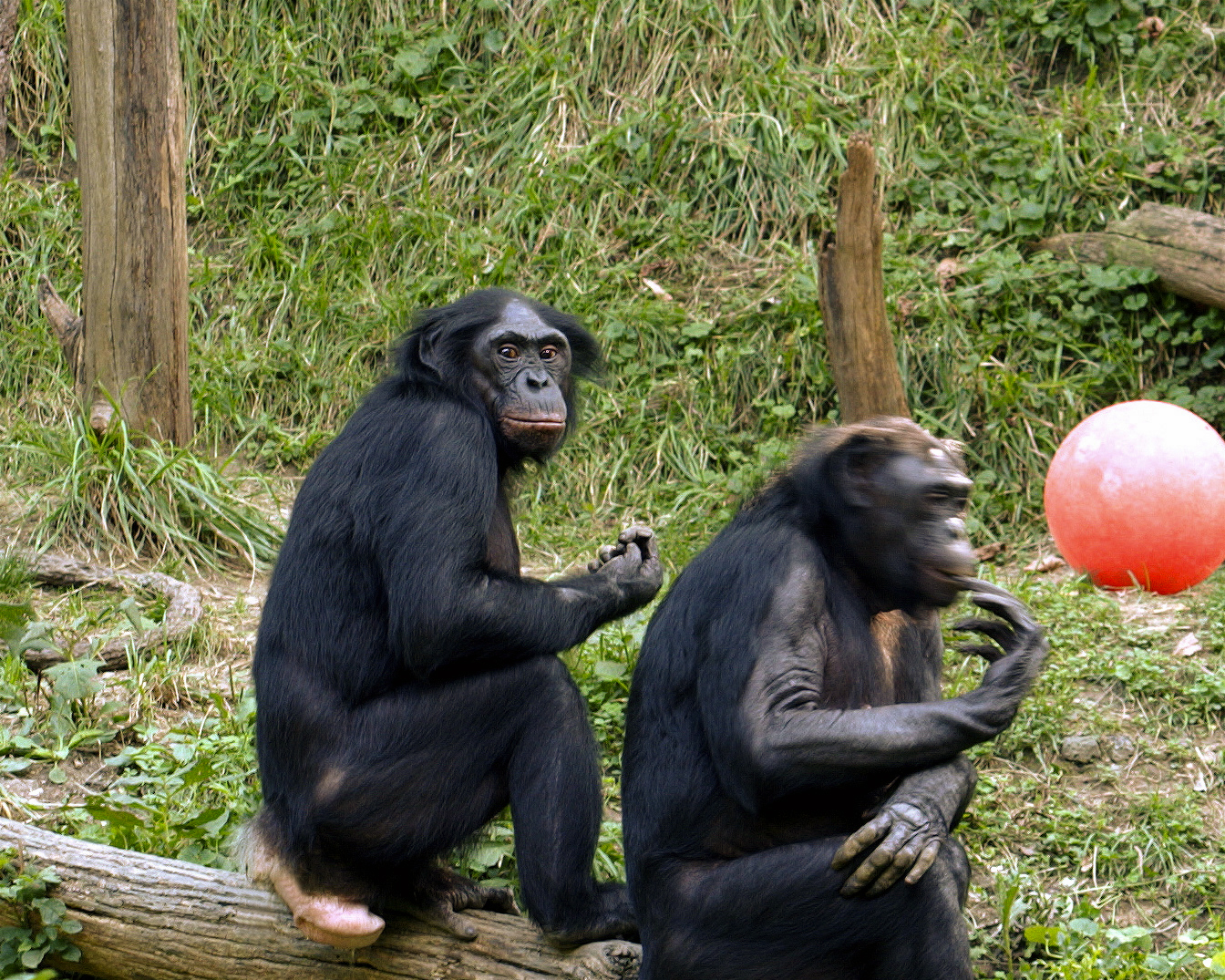 Well, the people making these claims have never considered the actual evidence from , well, you know, – “Nature” itself, which shows the exact opposite. (But then, when did the Vatican, or the wingnuts, ever consider the trifling matter of evidence to interfere with their convictions?)

In the lively comments thread after an earlier post in this series, reader CS in AZ reminded me of a famous exchange with Anita Bryant:

This reminds me of Anita Bryant, back when she was on her anti-homosexul crusade … she said that homosexuality was unnatural and so repulsive that “even barn yard animals don’t do it” — then someone pointed out to her that barnyard animals in fact DO do that, with some frequency, as anyone who grew up around farm animals knows very well! LOL… well, she was only momentarily flustered, then she just pivoted 180 degrees and said, “well, that doesn’t make it right!”

Well no, but it sure as hell don’t make it wrong, either. On the subject of sexual ethics, “Nature” is entirely neutral. However, as so many self-righteous bigots attempt to introduce nature into ethical and political discussions, it is worth knowing just what “natural” sex really is (it’s also just fun to know.)

Bonobo females, with onlookers
In all the animal kingdom, those closest to us humans are the primates, who are generally divided into three classes – apes, old world monkeys, and new world monkeys. In all three of these groups, and in other mammals, birds, reptiles, birds, fish and even insects, homosexual and non-reproductive sexual activities have been widely reported in formal scientific studies. It is striking though, as Joan Roughgarden notes in “Evolution’s Rainbow”, that these supposedly “unnatural” sexual activities have been most widely reported among the primates, and especially among the apes, who are closest to us on the evolutionary scale.
So, in today’s lesson from nature, I want to consider just these. What do they tell us about “natural” sexual behaviour? Do they in fact indulge in what the theologians call “sins against nature”? Do they have sex which cannot produce babies? You betcha!
In some species, same sex encounters are actually more common than heterosexual activity. Among Bonobo Chimps, the most common form of sexual activity is between females, in a unique form of genital rubbing. Some evolutionary biologists have even speculated that the particular shape of their genitals has evolved to facilitate this.(Male same sex activities are also commonplace, but not to the same extent as females).
For Orang-Utans, Bruce Bagemihl describes homosexual activity as “characteristic” of younger males, but less common as they age. Gorillas live in small groups, some of which are “cosexual”, with a dominant mature male, younger males, and females, and some of which are all-male. In the all-male groups, homosexual encounters occur daily, and may exceed the frequency of heterosexual encounters in the cosexual groups.
What about “orientation”? Can we learn anything that might contribute to the vexed essentialist / constructivist debate for human sexuality? Without getting into a formal analysis, I was interested in Bagemihl’s accounts by two features: that in many of the species he describes, most individual animals practice both same-sex and opposite-sex activities, resembling the human descriptor “bisexual” – but individuals vary in the balance between them. Some are more primarily hetero, some more homo, which reminded me inevitably of Kinsey’s well-known thesis that we all sit somewhere along a bisexual scale. The other striking feature is that in many species (found among other primates as well as the apes), there are substantial variations between specific local troops. In some species where overall, same sex activity is commonplace, there are specific troops where it is much less so – and others where it is almost mandatory, immediately prompting parallels in my mind with human ideas about the social construction of homosexuality.
What about the specific sexual activities? Are they (at least the heterosexual ones)”geared to procreation”? Hell, no. For both same-sex and between sex activities, there is an extraordinary range of activities that have been observed. For full details, read Bagemihl’s book, but in summary these include the obvious opposite-sex copulation supposedly demanded by the “plumbing”, but also a great deal more. These include fairly conventional-seeming mounting, but without penetration or ejaculation, fellatio and cunnilingus, solitary and mutual masturbation, stimulation by a finger inserted into an anus or vagina, and activities less familiar or impossible for humans: anus to anus rubbing, clitoral penetration by females, and “penile fencing” by male Bonobos – while suspended from tree branches. I also bet you can’t do this: one female was described as masturbating herself with a foot, while using her hands to do the same to her partner. Many animals also use, or even make their own, “sex toys” – dildos and other objects for insertion into available orifices, and masturbation aids from leaves and fruits.
In another notable departure from Vatican descriptions, I was also impressed by the number of species where researchers observed more displays of simple affection between same sex couples than for opposite sex couples, and more frequent incidents of violence used to force submission (i.e. “rape”) in opposite sex couples. So much for the Vatican’s dismissal of “homosexual acts” as mere gratuitous self-indulgence, to be contrasted with (heterosexual) “loving conjugal relationships”. Onlookers are also less likely to disrupt or attack homosexual interactions than heterosexual ones: “homophobic” violence is less of a problem than violence directed at opposite sex mating.
Even where sex is of the standard, male-female variety including penetration and ejaculation,it is emphatically not exclusively directed at procreation. Heterosexual intercourse often continues almost right through pregnancy, and resumes soon after birth. In some species, young females reach sexual maturity, and begin sexual intercourse, several years before reaching full maturity and fertility – a period (known as adolescent sterility)where their completely “conventional” sexual activity cannot possibly lead to pregnancy. What then, is the “purpose” of sex?
Joan Roughgarden puts it neatly, in describing “at least six” situations that lead to sex among bonobos:

1. Sex facilitates sharing for example, reducing conflicts over food supplies) 2. Sex is used for reconciliation after a dispute 3. Sex helps to integrate new arrivals into a group 4. Sex helps to form coalitions 5. Sex is candy – females sometimes barter sexual favours to obtain gifts of food from males 6. “Oh, I almost forgot – sex is used for reproduction”

There’s something else she forgot – sex is fun.

11 thoughts on “Our Queer Primate Cousins”