Step by step, queer families are seeing moves to full recognition, even in American red states (and in church). The latest in victory in Idaho follows court decisions in Utah and Oklahoma to strike down the states’ constitutional ban on gay marriage, and the decision by Nevada’s Republican governor not to defend his state’s ban. A challenge to the gay marriage ban in Texas is in court this week, and court challenges under way in a further 19 states.
There is progress too in many churches, including the Catholics: Diarmuid Martin, Archbishop of Dublin, is just the latest in an expanding list of senior bishops who have opposed full marriage equality, but suggested civil unions as an alternative.
//
//

Idaho’s top court on Monday ruled that state law allows a woman to adopt the children of her same-sex spouse, in a precedent-setting victory for gay couples in a socially conservative U.S. state that has banned the unions. 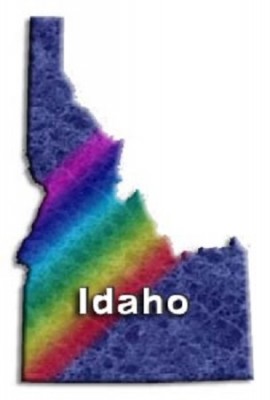 The ruling stems from an adoption petition filed last year by an Idaho woman shortly after her marriage in California to her same-sex partner, the parent of boys ages 12 and 15, legal records showed.
The woman, unidentified in court documents on confidentiality grounds related to adoption, sought to share parental rights with her long-term partner. She appealed a magistrate judge’s rejection of her petition.
The Idaho Supreme Court, in a unanimous decision reversing the lower court’s ruling, said a person’s gender or sexual orientation was not part of the legal criteria that allowed a minor to be adopted by an in-state adult resident.
“Any adult person” is defined as any human being over the age of 18 and “cannot possibly be construed to mean ‘any married adult person’ as the magistrate ultimately determined,” Idaho Supreme Court Justice Jim Jones wrote for the court.
– continue reading at  Reuters.