Marriage equality is rapidly becoming routine across much of Western Europe,  and also both North and South America. But that’s civil marriage.  Gay weddings in church remain a rare exception, outside of a handful of local congregations and dioceses in the more progressive / liberal denominations. That too is changing though, as demonstrated by this Canadian report, on the country’s first ever gay wedding in a Mennonite church.

Saskatoon gay couple 1st to be married in Mennonite church 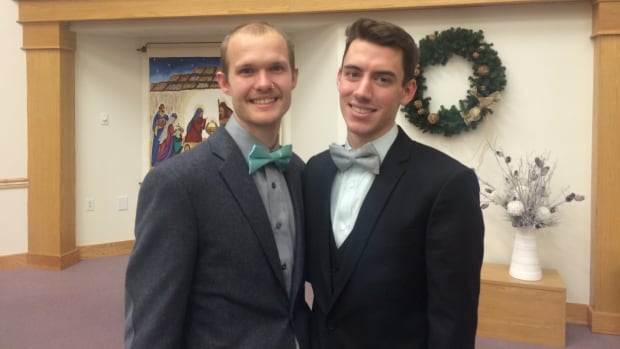 New Year’s Eve is a special time for many, and for Craig Friesen and Matt Wiens, it was especially meaningful.

The Saskatoon couple was married on Dec. 31 in Osler, Sask., in the presence of family, friends and the church community.

The men’s wedding marks a point in history for the Mennonite denomination in Canada. Friesen and Wiens are the first same-sex couple publicly married in a Canadian Mennonite church.

“Our relationship doesn’t feel different, but our relationship with our community and with our faith has changed at least a little bit. It was really beautiful and freeing,” Friesen said. 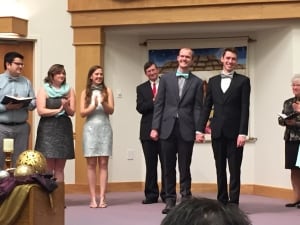 ​Friesen and Wiens are hopeful other LGBT Mennonites will learn from their example that they don’t have to choose between their faith and their sexuality.